Eventually, all test results can be saved as a protocol, together with some information about the system. 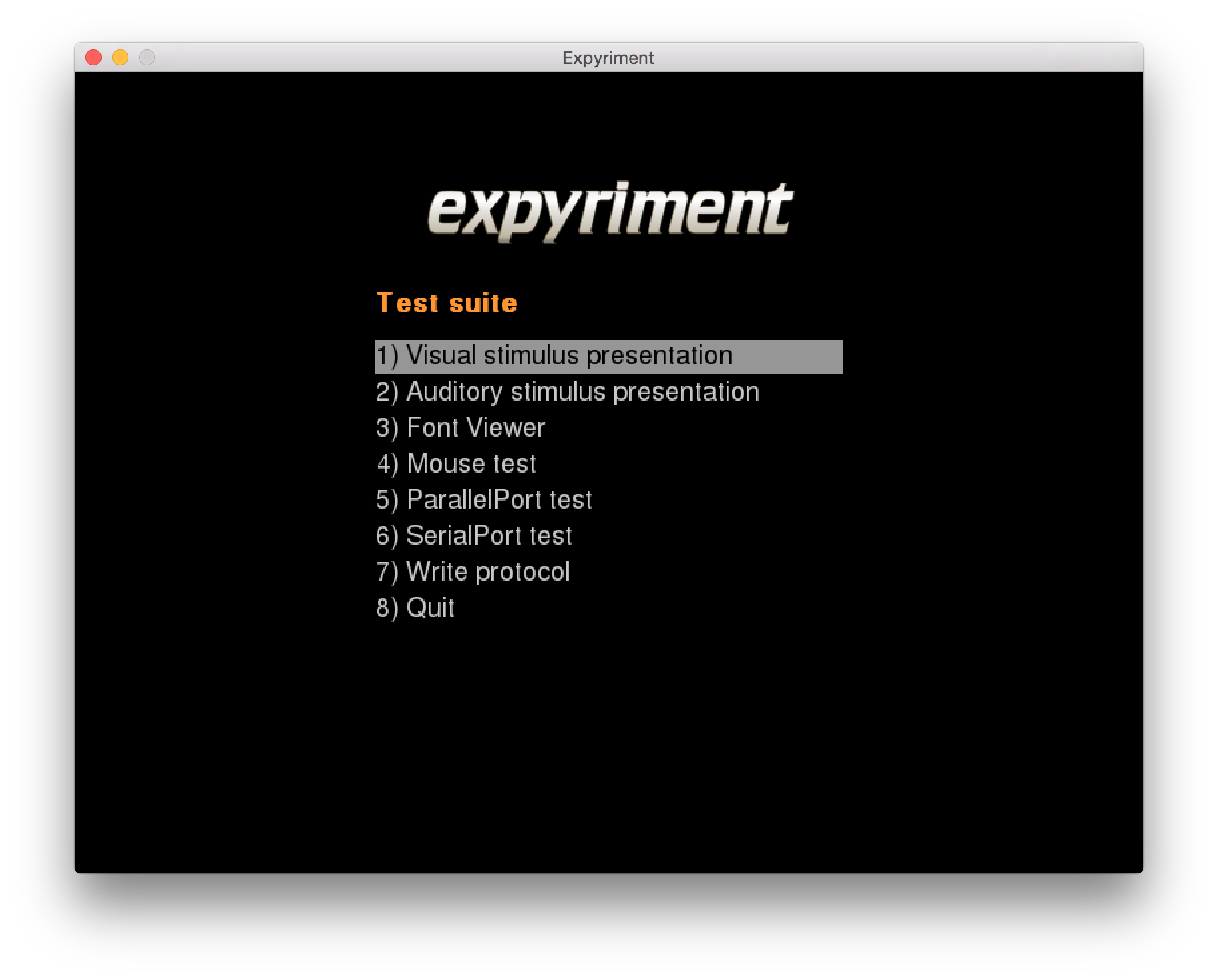 The test suite can either be started from within an experiment, or from an interactive Python session (for instance with IPython). To start the test suite, just call:

Alternatively, you can start the test suite from the command line using the Command line interface:

Please note that all changes to the Defaults (settings) prior to starting the test suite apply!

Here is a brief explanation of the available options:

The following results will be reported: